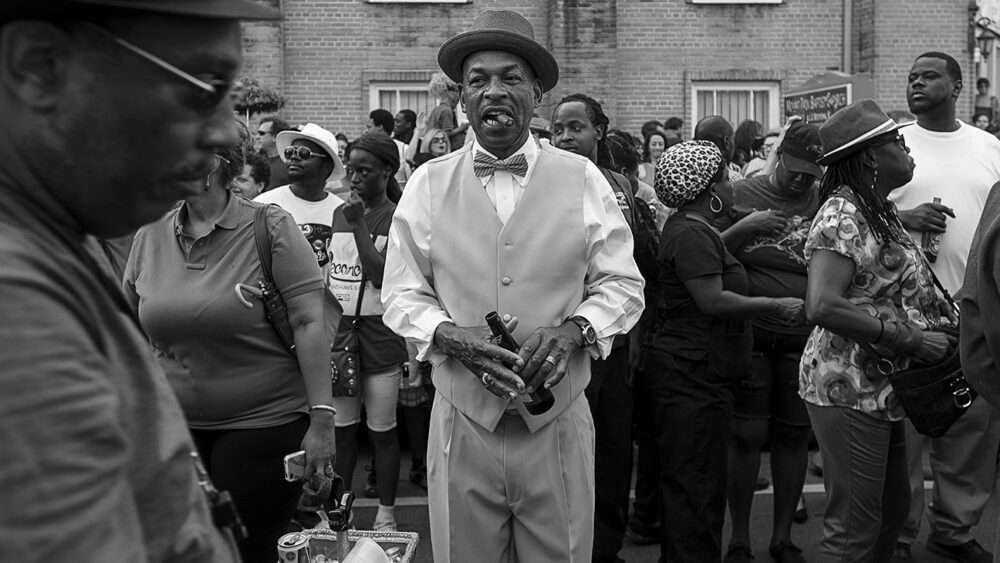 The AAP award winning black and white photography presented in the All About Photo (AAP) Magazine issue #18 were created by artists representing 13 different countries. I am humbled and honored to be included in this group.

About black and white photography from the competition juror

“The diversity of work ranges from the visual narrative to the simple contemplative beauty of quiet landscapes and to portraits that tell a story deep within the eyes of their subject. The selected portfolios all have different approaches to the unifying theme of black and white photography. Using film or digital photography, deep blacks or light grays, each photographer showcases a unique point of view.” — Sandrin Hermand-Grisel, Founder and Editor, All About Photo

About my black and photography series

The timelessness of black and white photography was the prefect way to express the images in my series Mourning in the Tremé. The history of the Tremé neighborhood in New Orleans weaves through some of the most historic events in American history. It is one of oldest African American neighborhoods in the U.S. and home to Congo Square, an area where enslaved Africans were allowed to congregate on Sundays to play music and sell goods. The Tremé is the birthplace of jazz and is considered the most culturally influential neighborhood in New Orleans. Famous musicians born in the Tremé include Louis Armstrong, Buddy Bolden, Sidney Bechet, Kermit Ruffins, and Troy “Trombone Shorty” among many others. The Tremé is also the birthplace of anti-segregation activist Homer Adolph Plessy, who was the famous plaintiff in the landmark Supreme Court case Plessy v. Ferguson. The Court’s ruling upheld the constitutionality of racial segregation under the “separate but equal” doctrine.

For series, I documented a second line parade, which is an element of a jazz funeral procession that is composed of two parts: The main or “first line” that includes the parade leader, the brass band and the krewe or club with which the band is affiliated, and members of the funeral party. The “second line” is made up of spectators—friends of the deceased, neighbors, and even tourist—who follow the main line dancing, partying, and reveling in the moving spectacle. A second line often gives the appearance of a block party on the move. 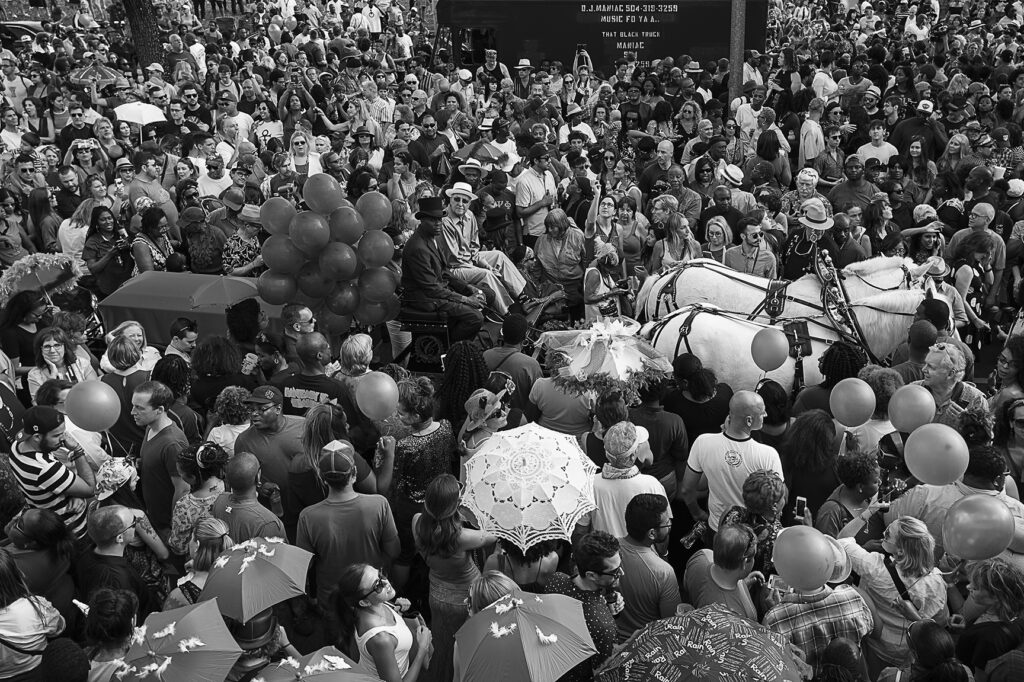 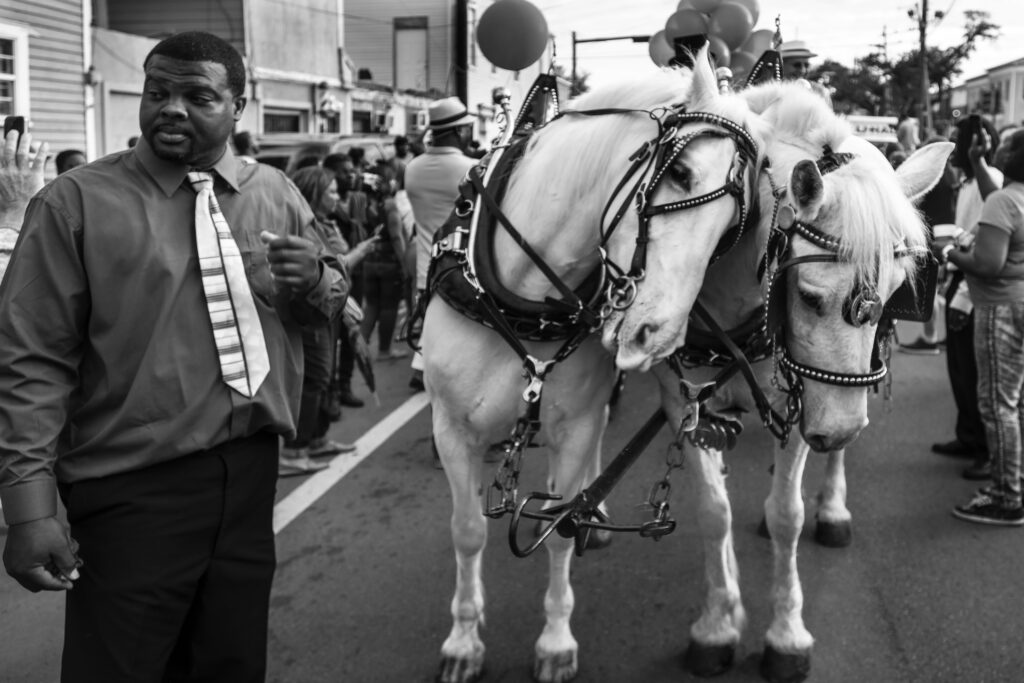 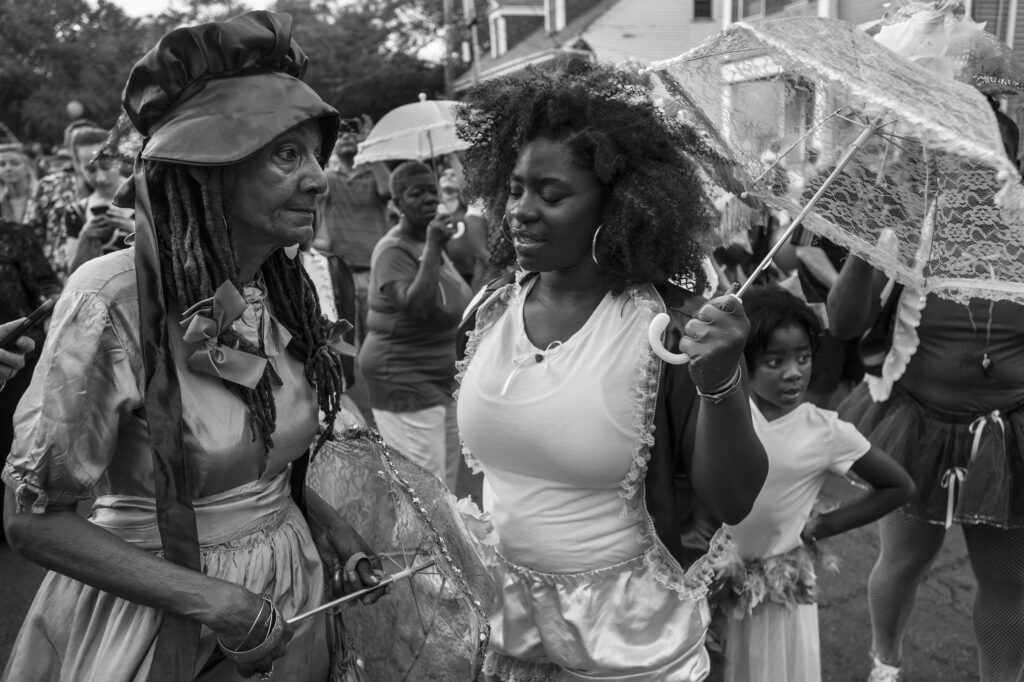 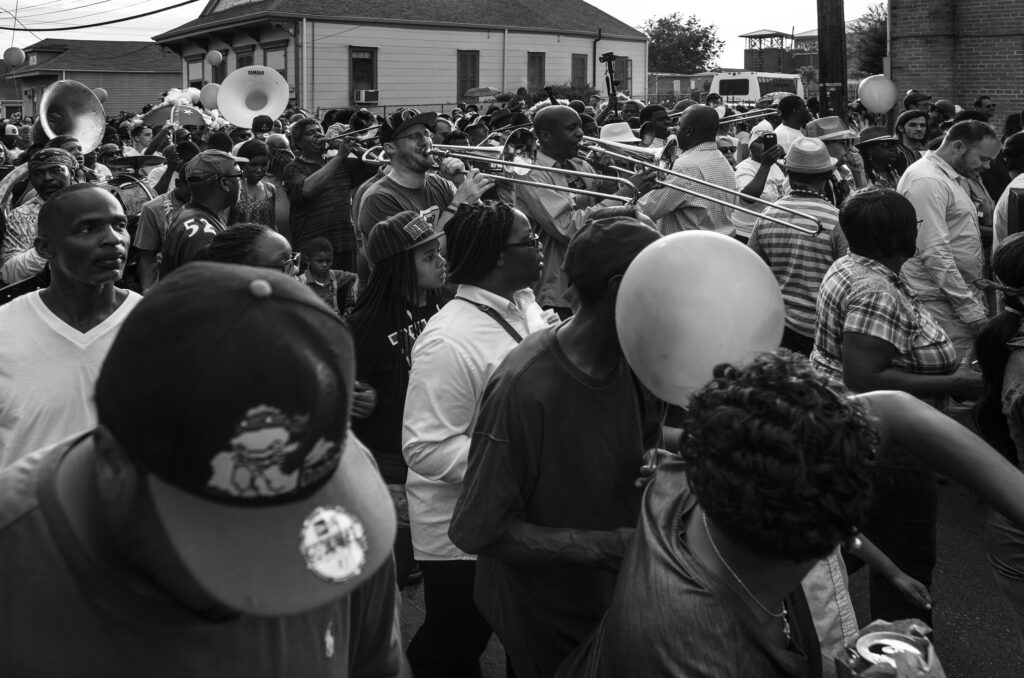 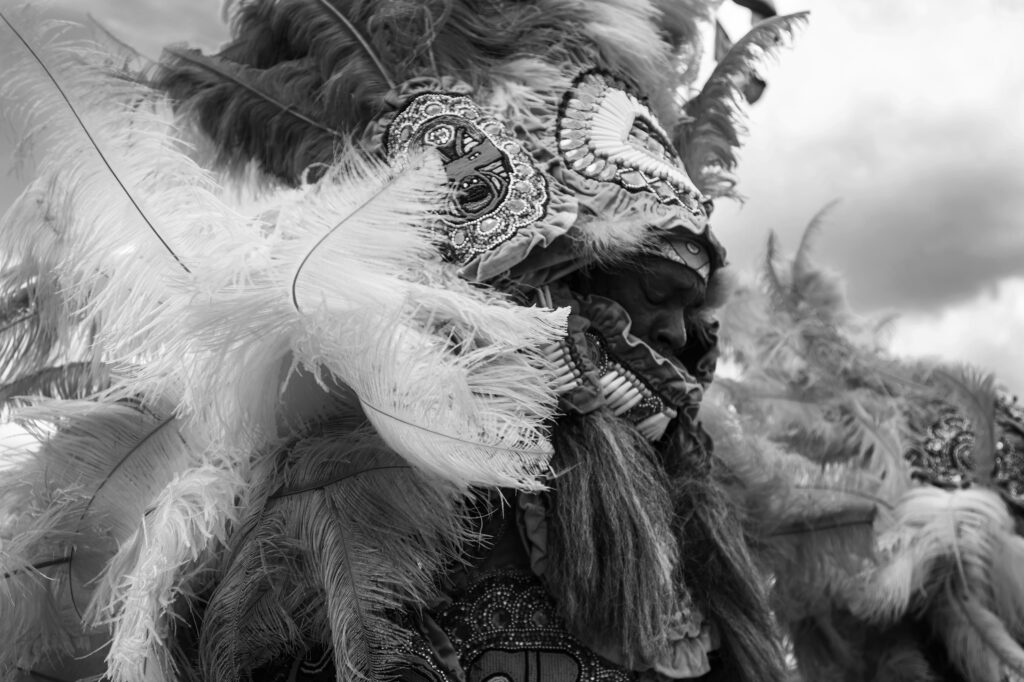 Other recognition for the AAP award winning image Man With Cigar

The image Man With Cigar from this series was also published in the British Journal of Photography’s 2020 Portrait of Humanity Book Vol. 2. Press coverage for the 200 images shortlisted include:

“The 200 images shortlisted for this year’s Portrait of Humanity award seek to prove there is more that unites us than sets us apart. In June, they will be published in a book by Hoxton Mini Press. And in September, the 100 winners will be displayed internationally on digital screens, including, for the first time, one 111,000ft above Earth, as part of a collaboration with the company Sent Into Space. The competition attracted entries from 36 countries.” — BBC News

“The images in this collection whisk us off on a journey through 21st century life where we experience the entire gamut of human emotion and experience. There are displays of courage, love, tenderness, defiance, camaraderie and strength; there is eccentricity, playfulness, loss, companionship, despair, laughter, faith, hope and new life. Each image is like a portal into a world where, for the briefest of moments, we connect with the person or people depicted and share something of their experience in a very visceral, intimate way.” —Gemma Padley, photography writer and editor.