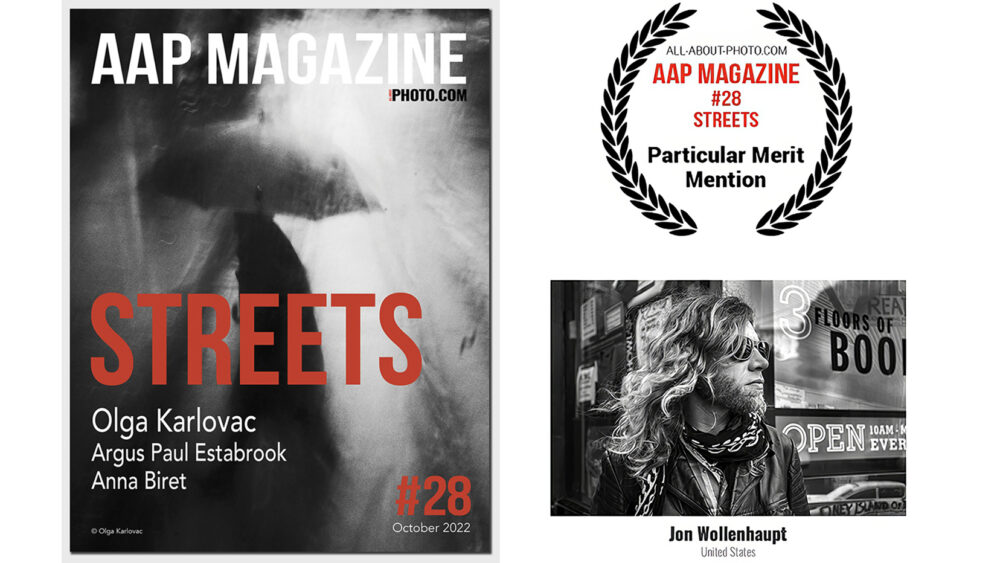 For the 28th edition of AAP Magazine, the editor was looking for images that “reflected the heart and soul of a society and its people.” The images I submitted were from the series Tales of a City: San Francisco. Before moving to Sacramento, I was a resident of San Francisco for 16 years. During those years I spent countless hour prowling that magnificent, dynamic and often weird city looking for what John Szarkowski called “ineffable dramatic possibilities,” those fleeting and spontaneous occurrences that cannot scripted or planned.

In the making of this series, I was more interested in trying to reveal something that spoke to the larger fabric of the city rather than looking only at specific threads. I hope these photos display a faithful chronicle of everyday life in a city that can be dazzling, perplexing, and always incredibly interesting. I still return to San Francisco often, hoping to continue to capture the small daily dramas that take place on busy streets, in alleys, and between tall buildings.

My photography is a search for the scattered clues that reveal what is meaningful and often hidden in the daily routines and events of our lives; it is an endeavor to make permanent and accessible emotions and perceptions in human experience that are fleeting and amorphous. – Jon Wollenhaupt

See more image from this series.

I thank editor Sandrine Hermand-Grisel for the opportunity to present my work in the AAP Magazine #28: Streets. It is an honor to be recognized along with an amazing group of international photographers: 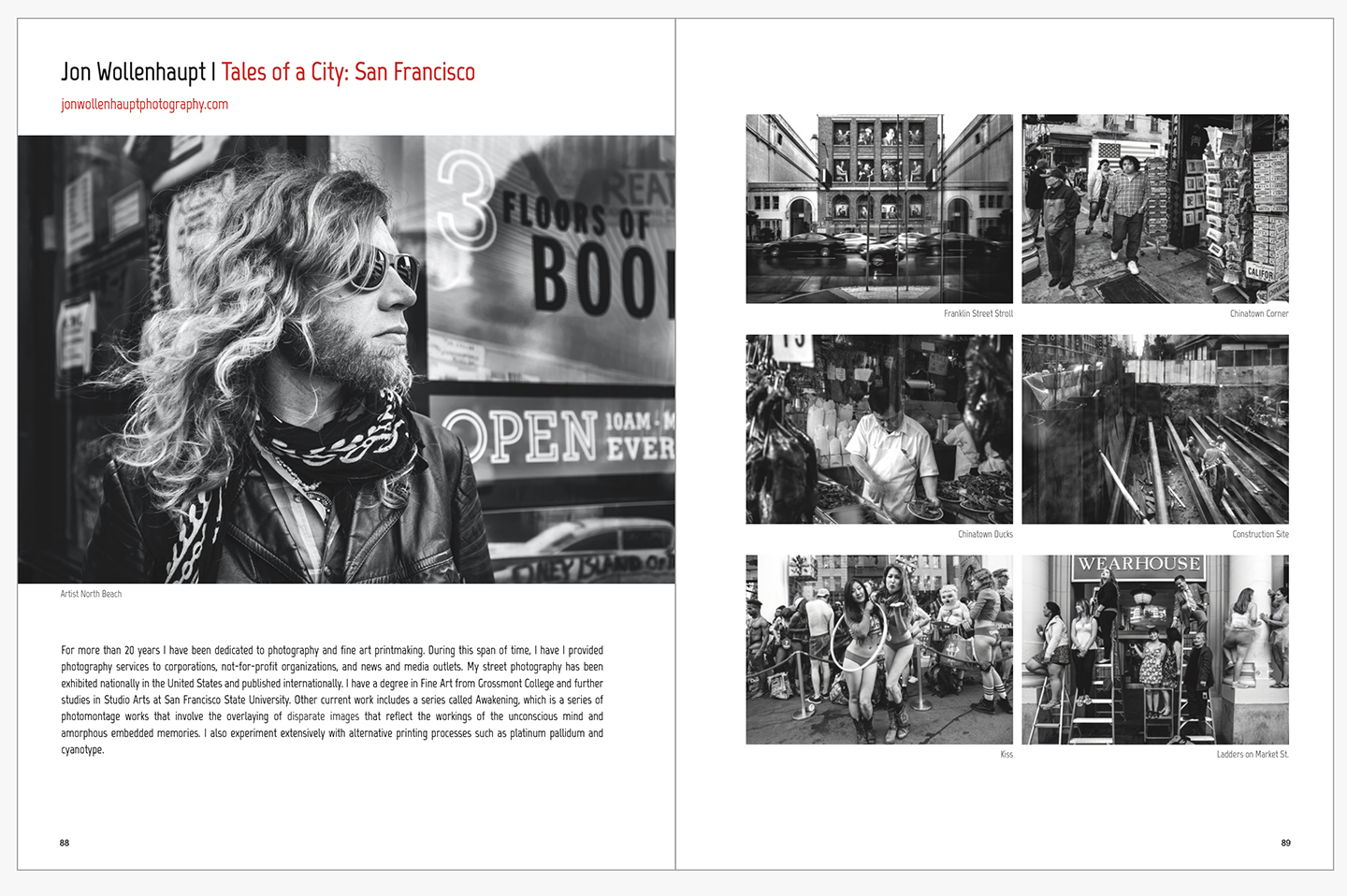 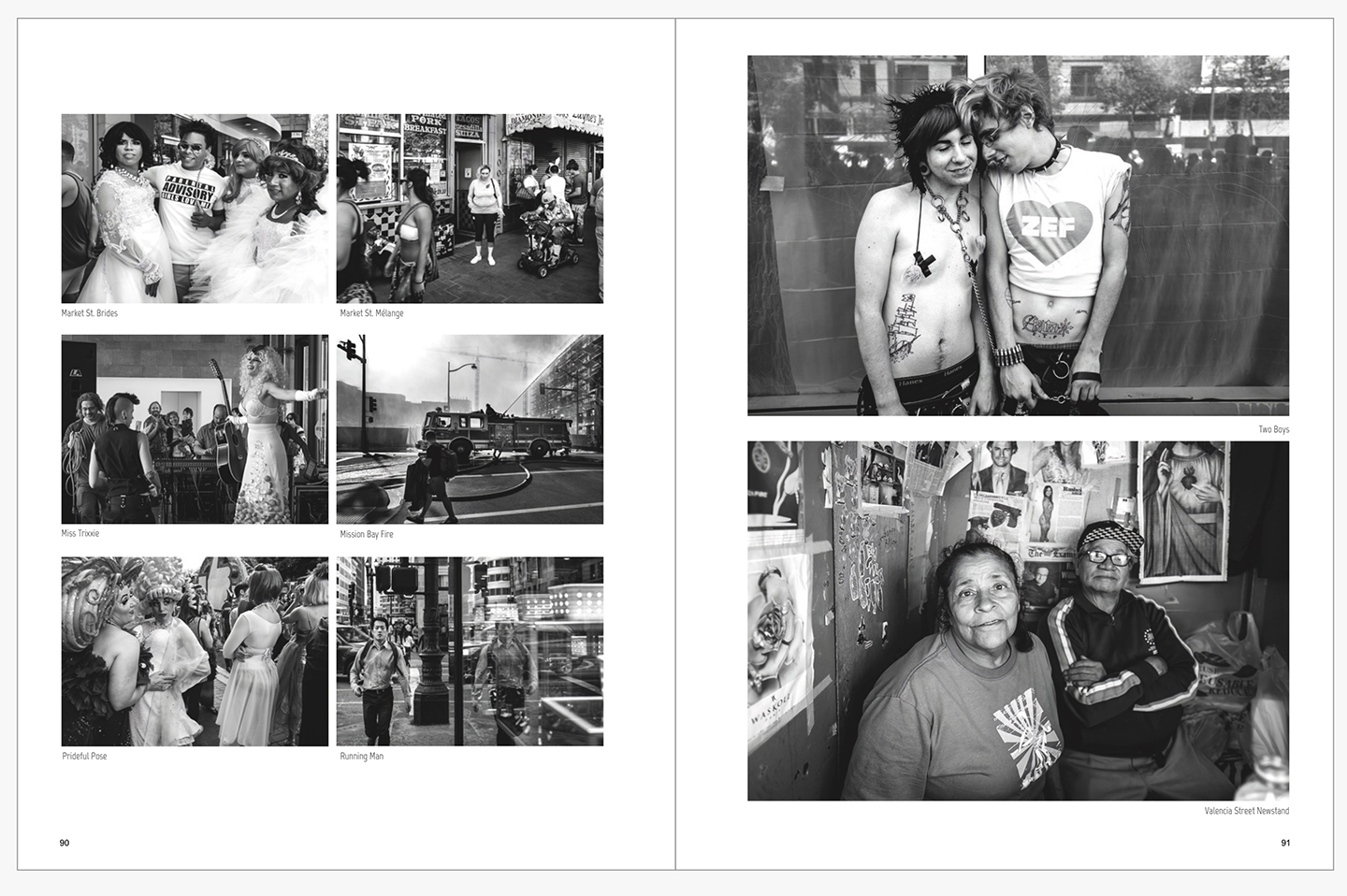